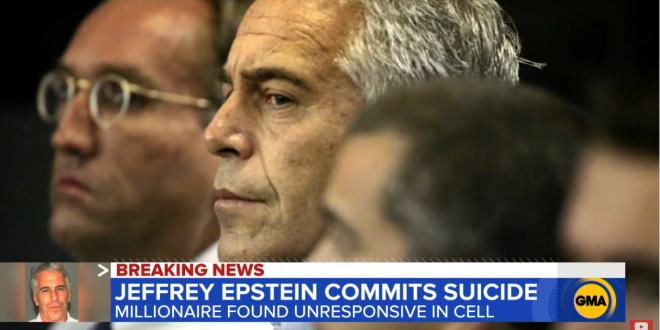 Many immediately began questioning the details surrounding his death after Epstein was reportedly put on suicide watch in late July following a possible suicide attempt. “He reportedly tried to kill himself two weeks ago. And is allowed to finish the job now? Bullshit,” MSNBC host Joe Scarborough tweeted.

Rep. Matt Gaetz (R-Fla.), who sits on the Judiciary Committee, called on the panel’s chairman Rep. Jerrold Nadler (D-N.Y.) to prioritize investigating the circumstances around Epstein’s death over other probes being carried out by the committee.

We need answers. Lots of them.https://t.co/4DMckiZnVB

Chairman @RepJerryNadler should prioritize a Judiciary investigation into how Jeffrey Epstein died in federal custody (in Nadler’s own neighborhood!) over the Kavanaugh confirmation (which already happened), and the Russia hoax (which never happened).