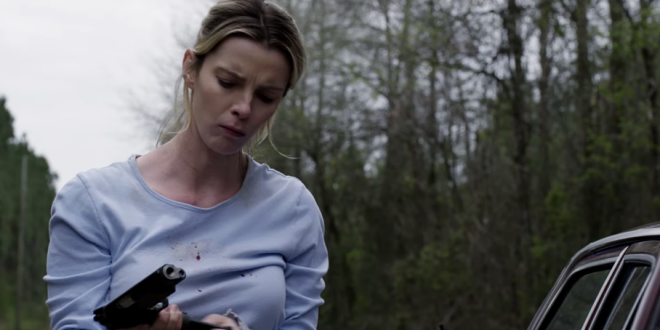 Universal Pictures has canceled the release of its upcoming thriller “The Hunt.” The film was previously set to hit theaters Sept. 27. “While Universal Pictures had already paused the marketing campaign for The Hunt, after thoughtful consideration, the studio has decided to cancel our plans to release the film, ” a spokesperson for Universal said.

“We stand by our filmmakers and will continue to distribute films in partnership with bold and visionary creators, like those associated with this satirical social thriller, but we understand that now is not the right time to release this film.”

Insiders tell Variety that the studio came to the decision alongside “The Hunt” filmmakers. They also said it was a tough decision for the company, but studio leadership ultimately determined that the film could wait.

The studio’s decision came a day after President Donald Trump took aim at the film — though he didn’t name its title — and Hollywood, saying on Twitter, “Liberal Hollywood is Racist at the highest level, and with great Anger and Hate! They like to call themselves Elite, but they are not Elite.”

“In fact, it is often the people that they so strongly oppose that are actually the Elite. The movie coming out is made in order to inflame and cause chaos. They create their own violence, and then try to blame others. They are the true Racists, and are very bad for our Country!”

Even before Trump weighed in, the movie sparked an outcry on social media amid the public anger over gun violence and networks entered into the conversation when ESPN pulled an ad for the film that it had previously cleared. Subsequently, Universal paused its marketing campaign out of sensitivity to the recent mass shootings.

Previous Prison Officials: Epstein Was Not Under Suicide Watch
Next GOP Sen. Ben Sasse Blames DOJ For Suicide Of Jeffrey Epstein: Your Department “Failed And Heads Must Roll”