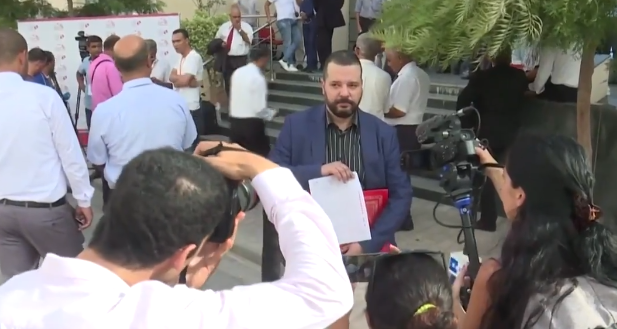 For the first time, an openly gay candidate has thrown his hat in the ring for a presidential election in Tunisia. Mounir Baatour heads the country’s main LGBT rights group. His bid marks a test for post-revolutionary Tunisia’s fledgling democracy.

Baatour, a lawyer at Tunisia’s highest court and the president of Shams, a group seeking the decriminalisation of homosexuality in the country, has officially applied for a spot on the ballot ahead of the September 15 presidential election.

His bid for office is a first not only for the North African nation that set in motion 2011’s Arab Spring uprisings, but for the Arab world writ large.

Same-sex acts are currently punishable by up to three years in prison in Tunisia. Baatour himself served three months on such charges in 2013.

Around 98% of Tunisia’s 12 million citizens are Muslim.

Previous Major Bank Raises Recession Risk To 30% In Next Year
Next Fox Host: The Left Wants To Fight The Weather [VIDEO]