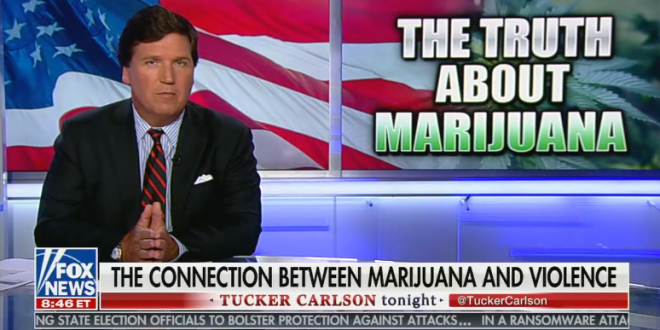 “In the aftermaths of the mass shootings in El Paso and Dayton, the country scrambled, justifiably, to understand what motivated the killers. Ideology seemed like an obvious reason and we picked that apart at some length. But it could it just be part of the answer?

“A toxicology report on the Dayton shooter, for example, revealed that he had several drugs in his system including cocaine and Xanax. He was also known to be a long time user of marijuana. It turns out, in fact, that many violent individuals have been avid marijuana users. Is there a connection?

“So, I don’t think it’s going way out on a limb to draw that connection then between cannabis use, particularly I assume chronic use and acts of violence. Why is this not something that we’re pursuing more aggressively?” – Tucker Carlson, on last night’s show.