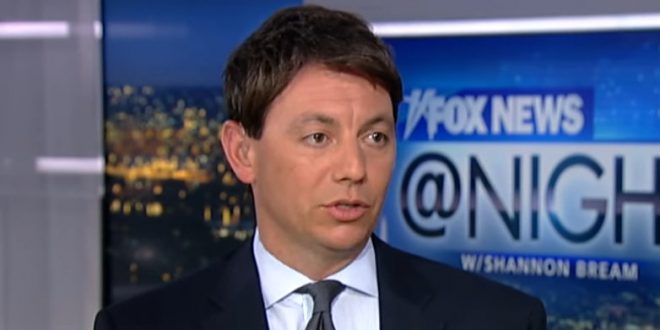 White House spokesperson Hogan Gidley became visibly agitated on Tuesday when Fox News host Melissa Francis brought up what she called a “somewhat veiled jab” from former President Barack Obama following the pair of mass shootings that have rocked the nation over these past few days.

“We should soundly reject language coming out of the mouths of any of our leaders that feeds a climate of fear and hatred or normalizes racist sentiments,” Obama wrote.

Though he didn’t mention President Trump by name, Gidley could only assume that those words referred to his boss. “If only Barack Obama were in a place to make a difference at some point in his life,” Gidley said, sarcastically. “Oh, wait a minute, he was the president of the United States.”

Previous Trump Accuses Google Of “Illegally Boosting Negative Stories” About Him After Seeing Claims On Fox News
Next Mike Pence’s Advice To Anti-LGBT Hate Group: Spend More Time On Your Knees Than You Do On The Internet