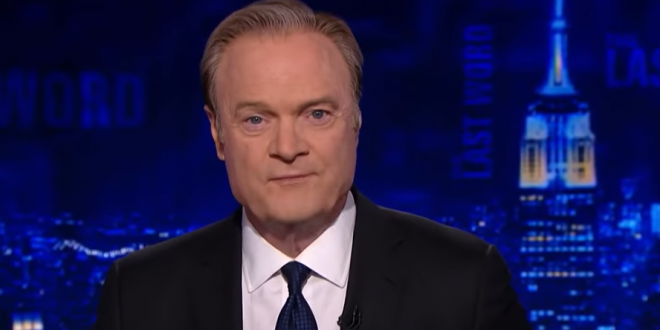 As reported by the Washington Post’s Paul Farhi, Trump attorney Charles Harder sent a letter to NBC Universal that called O’Donnell’s claims “false and defamatory” and demanded that the network apologize for airing them.

Harder also argued that he could prove malice on the part of O’Donnell because “numerous documents for each of these loans are also recorded, publicly available and searchable online,” which would mean that O’Donnell showed “reckless disregard for the truth” when airing his report.

Harder is also warning others against republishing the allegedly false statement. (The Hollywood Reporter is doing so because it believes such republication is a matter of utmost public concern and protected by the First Amendment in connection with anticipated litigation.)

Trump is certainly notorious for defamation threats, but this may be the first formal one from a sitting president. Should Trump actually pursue a defamation suit and it survived any initial First Amendment challenge, he’d subject himself to a discovery process months after the conclusion of the investigation by Robert Mueller — which Trump repeatedly characterized as a “witch hunt.”

Nevertheless, even though Trump has previously claimed not watching MSNBC anymore, O’Donnell’s comment appears to have gotten under his skin.

Just in: Attorney for @realDonaldTrump sends demand for retraction, corrctn, and apology to @nbc over segment of @Lawrence program last nite in which he said “Russian oligarchs” co-signed Deutsche Bank loans to Trump. Letter says that statement is “false and defamatory.” Letter: pic.twitter.com/HY0ZRAES5i

Previous Hurricane Dorian Now Forecast To Hit Florida At Cat 3
Next Trump Admin: Children Born To US Service Members Overseas Will No Longer Be Considered US Citizens