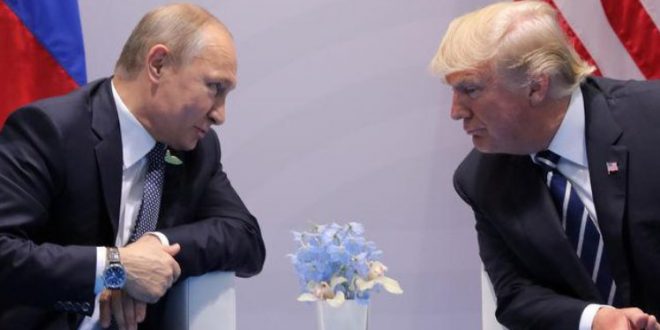 U.S. President Donald Trump offered his Russian counterpart Vladimir Putin help in putting out vast wildfires that are raging in Siberia, the Kremlin said late on Wednesday, a move it said Putin took as a sign that battered ties can be restored.

The Kremlin said the two leaders had spoken by phone at Washington’s initiative, hours after Putin ordered the Russian army to help firefighters battle the wildfires.

The fires have spread to around 3 million hectares of mostly remote forest, an area almost the size of Belgium, according to the Federal Forestry Agency, wafting smoke across Siberia and prompting several regions to declare states of emergency.

The phone conversation took place on the “initiative of the American side,” the Kremlin added. The Russian leader expressed his “sincere gratitude” and said he would take Trump up on his offer “if necessary.”

There is no reason for these massive, deadly and costly forest fires in California except that forest management is so poor. Billions of dollars are given each year, with so many lives lost, all because of gross mismanagement of the forests. Remedy now, or no more Fed payments!