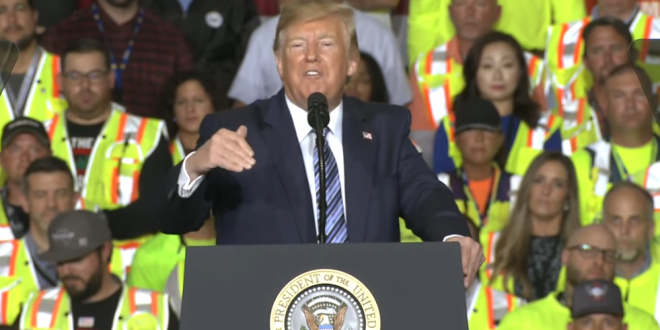 Just days after taking on “The Hunt,” President Trump is hitting the Oscars, claiming “nobody wants to watch” the annual televised ceremony because viewers are tired of performers disrespecting “the people that won the election in 2016.”

“The Academy Awards is on hard times now,” Trump said Tuesday, during a speech in Pennsylvania billed as focusing on American manufacturing and energy. “You know why?” he asked of the Hollywood gala, which aired nearly seven months ago. “Because they started taking us on. Everyone got tired of it.”

“That used to be second after the Super Bowl, and now all of a sudden it’s just another show, because people got tired of people getting up and making fools of themselves,” Trump continued, “and disrespecting the people in this room and the people that won the election in 2016.”

Nobody seems to know what the Academy Awards have to do with “American manufacturing and energy.”