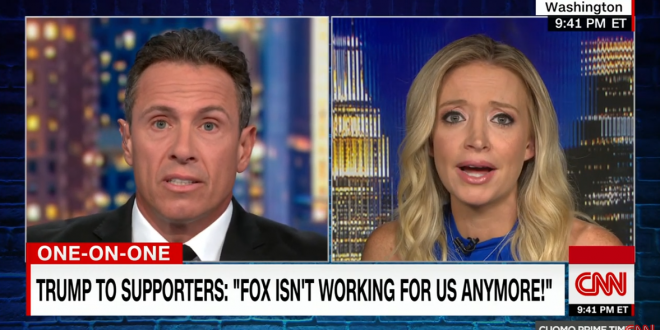 CNN’s Chris Cuomo had a question for President Trump’s campaign spokesperson Kayleigh McEnany on Wednesday: Has the president ever lied to the American public? “He doesn’t lie,” said McEnany, at the start of a heated three-and-a-half-minute exchange. “The press lies.”

Later, Cuomo posed the question once more, suggesting it was a chance for McEnany to clarify her position. McEnany said she had nothing further to explain: “No, I don’t believe the president has lied.”