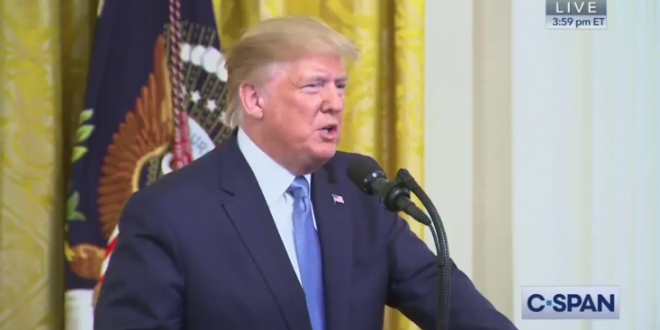 According to recently released video, President Donald Trump marked his visit to an El Paso hospital treating victims of a mass shooting by bragging to staff about his crowd sizes and attacking Beto O’Rourke as “crazy.”

El Paso-area KDBC-TV posted video provided to them of Trump meeting with hospital staff and shooting victims Wednesday in El Paso. During the meeting, Trump soon began talking about his rally in El Paso after praising the hospital staff.

“I was here three months ago, we made a speech … that place was packed, the judges are respected now,” Trump said. “That was some crowd, we had twice the number outside.”

This is viewer video of President @realDonaldTrump and @FLOTUS at @umcelpaso meeting with victims and medical staff. Send us any photos/videos of president Trump’s visit to #ElPaso and we may show it on TV. Upload here: https://t.co/UHa4MdGOH4 pic.twitter.com/DD5otJtYEg