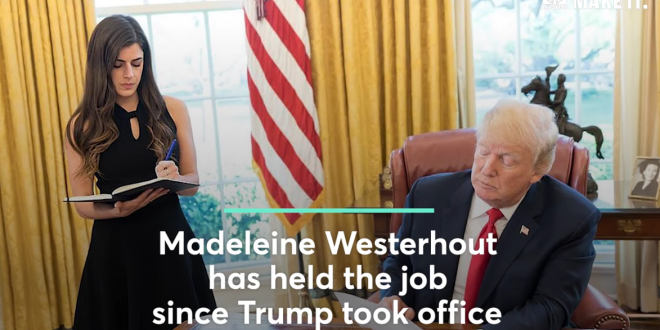 Madeleine Westerhout, who left her White House job suddenly on Thursday as President Trump’s personal assistant, was fired after bragging to reporters that she had a better relationship with Trump than his own daughters, Ivanka and Tiffany Trump, and that the president did not like being in pictures with Tiffany because he perceived her as overweight.

Westerhout also jokingly told the journalists that Trump couldn’t pick Tiffany out of a crowd, said one of the people. “She had a couple drinks and in an uncharacteristically unguarded moment, she opened up to the reporters,” the person said.

At some point, deputy White House press secretary Hogan Gidley left the restaurant for a television interview on Fox News. During that time — around 45 minutes to an hour — Westerhout made the comments to the reporters.