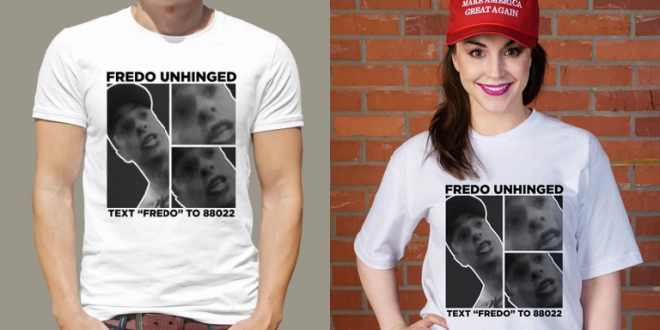 A “Fredo Unhinged” T-shirt is being sold on the official Donald Trump re-election website following a viral video of CNN journalist Chris Cuomo yelling at an apparent stranger who called him “Fredo”.

Trump has also taken to Twitter to mock Cuomo and criticize CNN’s defense of him. Trump’s feud with CNN only intensified after Cuomo exploded at the man in the video, saying “I’ll (expletive) throw you down these stairs like a (expletive) punk.”

Cuomo also said “Fredo” is an ethnic slur against Italians. The term is a reference to a character in “The Godfather.” Trump has also retweeted several others criticizing Cuomo. 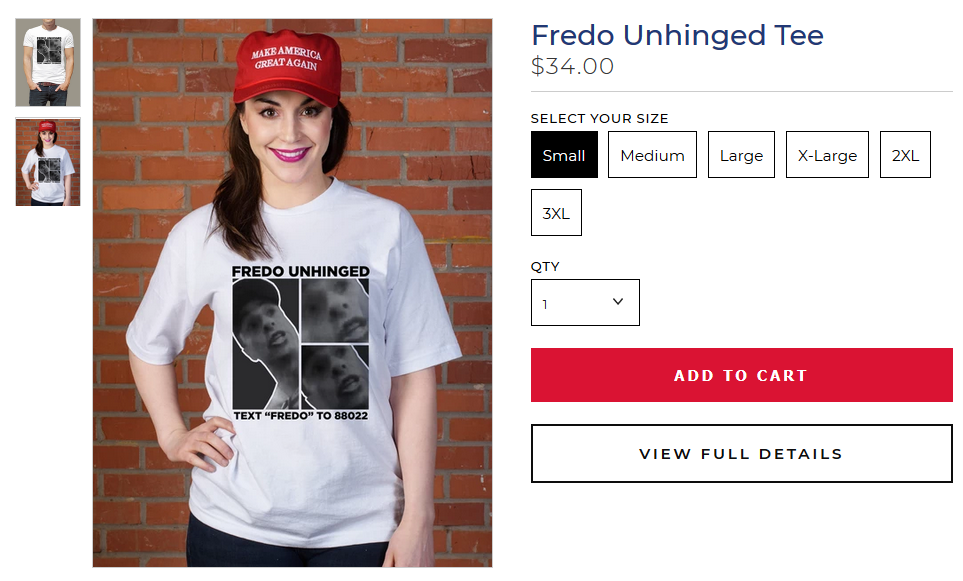 Now for sale at the Trump campaign store pic.twitter.com/V5KgBC43fE

Previous 70,000+ Sign Petition To Rename Stretch Of Fifth Ave In Front Of Trump Tower In Honor Of Barack Obama
Next GOP Rep’s Corruption Trial Pushed Back To January