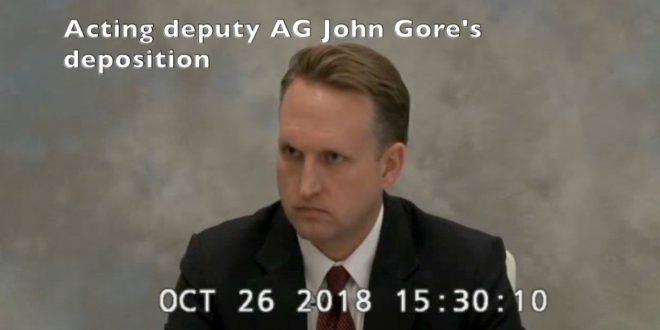 The Justice Department official at the center of the push to add a citizenship question to the 2020 census has left the department, a person familiar with the decision confirmed Friday. John Gore, who served as the Civil Rights Division’s principal assistant attorney general, authored a letter on enforcement of the Voting Rights Act that the Commerce Department used to justify adding a citizenship question to the census.

Supreme Court Chief Justice John G. Roberts Jr. later wrote in a 5-4 opinion blocking the citizenship question that the rationale provided by the government was “contrived” and a “distraction” in the case. Gore “plans to spend time with family before deciding his next steps after DOJ,” said the person familiar with his departure. In April, he defied a committee subpoena for his testimony after a row over whether department counsel could be present for the deposition.