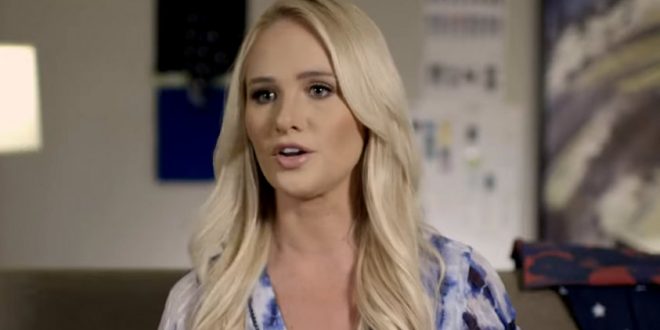 Gun cultists are never-ending with the grifting.

Fox Nation personality Tomi Lahren has announced a new athleisure line that one would expect to be perfect for people looking to break a sweat at the gym with a loaded gun stuffed into their pants.

The FREEDOM By Tomi Lahren collection is available for purchase at Alexo Athletica, which bills itself as a pro-Second Amendment women’s athletic “carry-wear” company. The line received a full-roll out Friday with an accompanying Instagram sponsorship from Lahren and a launch video.

“Alexo will never back down from supporting a woman’s right to choose how she defends herself while striving to bring the best in fashionable, functional active carry-wear to the market,” the company’s About page reads.

Our leggings have a patent pending double pocket system designed to hold a credit card or ID in front of your firearm for added trigger guard protection.

“Some have told me I’m too ‘controversial’ to have an athleisure line” pic.twitter.com/LCDMusOZug

I can’t even believe how much cringe tomi lahrens “athleisure” brand is pic.twitter.com/UsPp9twuo3

WHITE WOMEN WHAT IS GOING ON AT YOUR YOGA STUDIOS???????? pic.twitter.com/YwaXcuRo5y