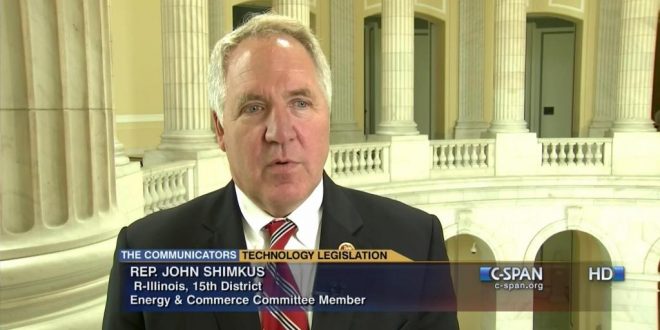 Republican Rep. John Shimkus will not run for a 13th term in his southeastern Illinois district, vacating what will likely remain a safe Republican seat in 2020.

Shimkus announced his decision Friday afternoon, saying he wanted to make his plans known as candidates begin to circulate petitions for office next week. “Serving in Congress has been a blessing, but it has also been a sacrifice for my wife Karen, and our boys,” he said in a statement.

“I regret the times I have been away from the four of them and thank them for their constant love and support.” Shimkus is the 10th House Republican to announce plans to retire in 2020.

Shimkus won reelection in 2018 by a 41-point margin and his seat is considered safely red.

Previous Hacker Takes Over Twitter CEO’s Account, Spews Abuse
Next Trump Assistant Was Fired For Telling Press He Doesn’t Like Being Photographed With “Fat” Daughter Tiffany