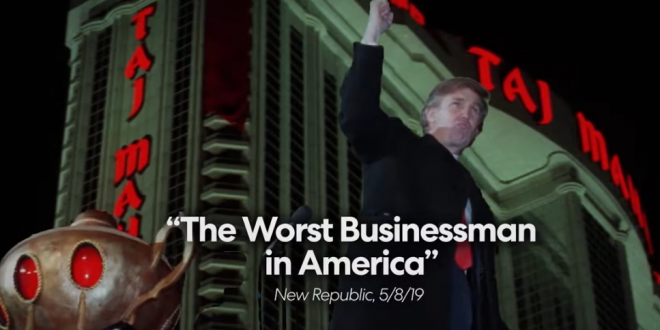 Democratic presidential candidate Tom Steyer is airing an ad centered around President Trump’s record as “failed” businessman during “Fox and Friends” and “The Sean Hannity Show” on Fox News, his campaign said.

“Unlike other candidates, I can go head to head with Donald Trump on the economy and expose him for what he is — a fraud and a failure,” the billionaire businessman says in the ad.

“He borrowed billions, and left a trail of bankruptcy and broken promises. He hasn’t changed,” Steyer said. “I started a tiny investment business and, over 27 years, grew it successfully to 36 billion dollars.”