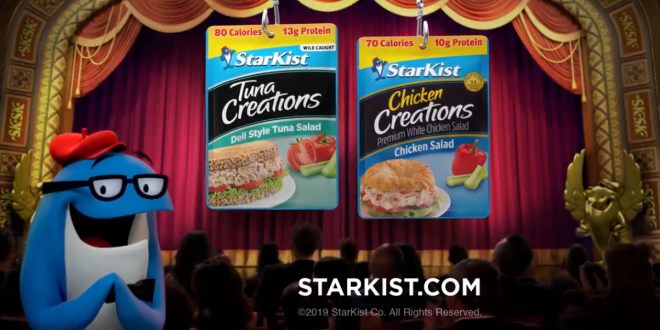 One major brand that advertised on Wednesday night’s show, the meal kit service HelloFresh, said the spot “was placed through a remnant inventory advertising purchase.” A spokesperson told The Hollywood Reporter that “this remainder buy is now complete and the ad is no longer running.”

Nestlé, which has advertised the Proactiv skin care product on Carlson’s show in the last three months, told THR that it has no plans to do so in the future. “Nestlé does not currently advertise on Tucker Carlson Tonight nor do we have any plans to purchase ads on the show in the future,” a spokesperson said.

On Thursday, a StarKist spokesperson confirmed the company plans to continue advertising on Carlson’s show, saying, “We do not endorse individual opinions. Our television ads appear on a number of cable networks as part of our national media buy.”

As you can see below, homocon fake news blogger Jim Hoft, the dumbest man on the internet, says listing a show’s advertisers constitutes doxxing.