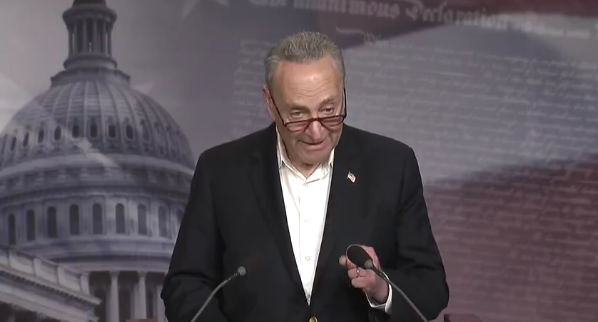 The Senate minority leader spoke on SiriusXM’s “The Joe Madison Show” in an interview recorded Wednesday when he made the comments. Joe Madison was asking Schumer about the GOP moving to block bills meant to ensure election security.

Donald Trump in his puerile, babyishness, if that’s even a word, is so upset at the fact that the Russians might have interfered, that it delegitimizes his election, and McConnell is so scared of Trump that he goes along,” Schumer said.