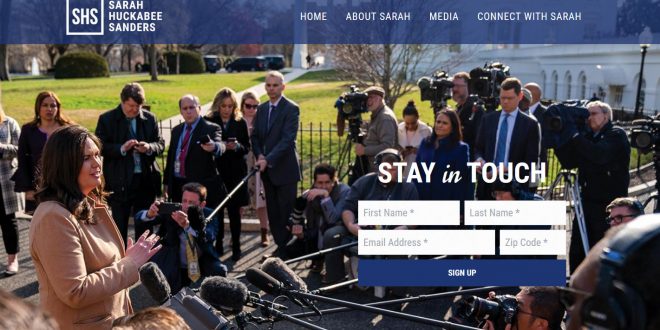 Former White House Press Secretary Sarah Huckabee Sanders rolled out a campaign-style website on Monday amid speculation that she is considering a run for governor of Arkansas.

Huckabee Sanders, who signed on as a Fox News contributor last week, reportedly began giving more thought to a potential campaign after announcing her departure from the White House in June. Trump has also encouraged a potential gubernatorial bid, tweeting that same month that he hoped she decided to run.

If she does eventually mount a bid for the governor’s mansion, Huckabee Sanders would enter the race with wide name recognition and deep political connections.