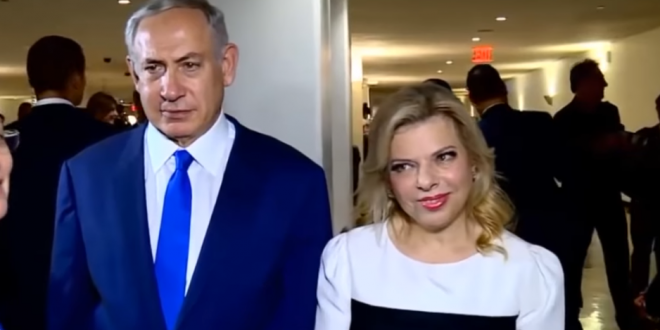 Prime Minister Benjamin Netanyahu’s wife, Sara Netanyahu, was furious after not being welcomed on the speakerphone on a plane by the captain of an El Al flight to Ukraine, according to Channel 12’s report on Sunday.

Netanyahu rose from her seat and angrily requested to enter the cockpit, but the security guards prevented her from doing so. After a while, the captain of the plane spoke again on the loudspeaker and welcomed her.

El Al said in response to the news: “The prime minister’s flight went according to plan. We were pleased to host the prime minister and Mrs. Netanyahu on our flight to Ukraine.”

The prime minister’s office gave a watered down denial of the events. “This is a distorted publication. There was a misunderstanding which was immediately clarified and the flight went according to plan,” Netanyahu’s office said without clarifying what the misunderstanding was.

“The story about the security guards, as well, is a total lie. It is another attempt to divert attention from the important international visit that the prime minister carried out.”

Sara Netanyahu has a famously violent temper. Earlier this summer she pleaded guilty to fraud after ordering hundreds of expensive catered meals and charging them to the state.