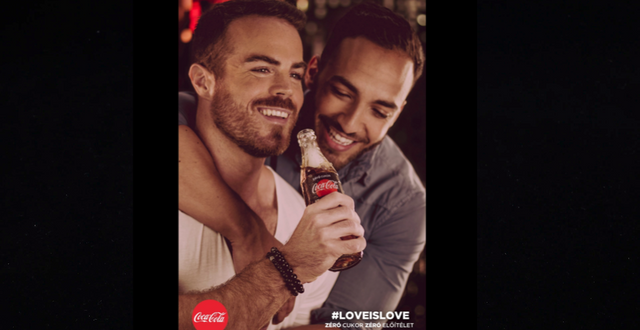 Advertisements by Coca-Cola around a music festival in Hungary that promote gay acceptance have prompted a boycott call from a senior member of the conservative ruling party.

The posters, in tandem with the week-long “Love Revolution” event starting on Wednesday in Budapest, show gay people and couples smiling with slogans like “zero sugar, zero prejudice”. On Sunday, Fidesz’s deputy speaker Istvan Boldog called for a boycott of Coca-Cola products during its “provocative” campaign.

But with gay acceptance rising among Hungarians, it was unclear if his call would gain traction. According to a 2018 Hatter study, nearly two-thirds of Hungarians believe gay people should be free to live as they please, up from less than half in 2002.

The images below were posted to Coke’s Hungary page.