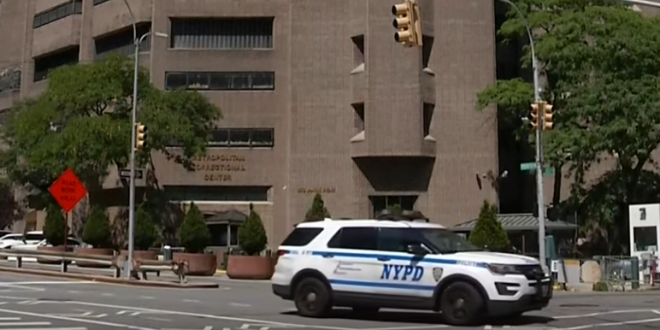 Prison Officials: Epstein Was Not Under Suicide Watch

Jeffrey Epstein, the financier who was long dogged by accusations of sexual abuse of girls and who was able to cultivate a stream of high-profile friends despite his lurid lifestyle, killed himself in his Manhattan jail cell. Mr. Epstein hanged himself, the officials said. He was found at roughly 6:30 a.m. Saturday at the Metropolitan Correctional Center in Manhattan and was taken to a hospital, where he was pronounced dead, the federal Bureau of Prisons said in a statement.

Mr. Epstein was housed in a special unit with extra security, but he was not under suicide watch, according to a prison official. The authorities did not immediately explain why he was not under additional safeguards, given the earlier incident. The F.B.I. said it was investigating, and Attorney General William P. Barr said in a statement that a special inquiry would be opened into what happened.

BREAKING: Jeffrey Epstein was in his own cell at the time of his death, and was not on suicide watch, multiple people familiar with the investigation tell @NBCNews. https://t.co/FGHsGZENXd