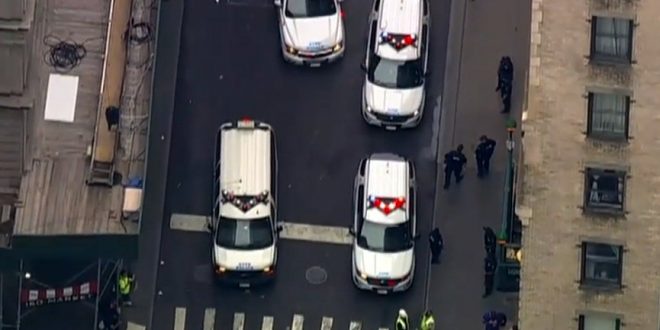 A pair of suspicious pressure cookers shut down a subway station in Lower Manhattan on Friday morning — but the NYPD’s Bomb Squad later determined they were not explosives, authorities said.

Another suspicious package was found near a garbage can in Chelsea just over an hour later. Cops have not determined what the third package was or if it was dangerous.

Police urged straphangers to avoid the Fulton Street subway station because of the first two packages, which were reported by a 911 caller.

Pressure cookers were used in the Boston Marathon bombings that killed three and injured hundreds.

UPDATE: ALL CLEAR. The suspicious packages have been fully investigated and have been deemed safe by our @NYPDCT officers.

We are so relieved that @NYPDTransit reports that the devices found at Fulton St do not pose an immediate risk to our customers. The police are still investigating and reroutes are still in effect. We know this has impacted many of your commutes and thank you for your patience. pic.twitter.com/8z4RD6gZVY

2 pressure cookers left at a subway station in Lower Manhattan on Friday morning caused a major scare and significantly disrupted commutes as the police investigated. The packages were not explosive devices, the police said. https://t.co/peNKbvHxcV