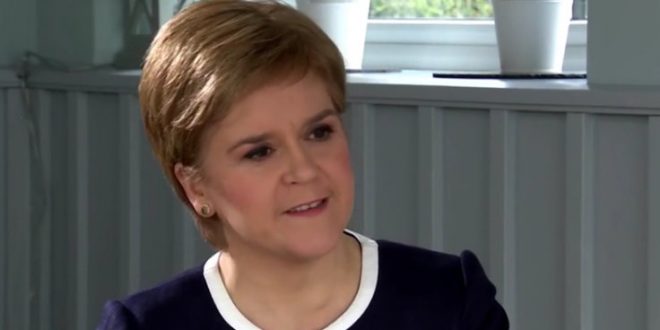 Poll: Scotland Would Vote For Independence From UK

Voters in Scotland would vote for independence from the United Kingdom, a new poll has suggested. The survey by Michael Ashcroft for Holyrood magazine is the first since March 2017 showing support among Scots for breaking up the union.

In the 2016 Brexit referendum Scotland voted overwhelmingly to remain in the European Union.

Majority of people in Scotland now want #Indyref2 and would vote for independence, according to new poll in @HolyroodDaily – attempts by the Tories to block Scotland’s right to choose our own future are undemocratic and unsustainable. https://t.co/Pft4esilCM

There will be an independence referendum. It is the right of those living in Scotland to choose our own future. Westminster accepted Scotland’s claim of right and must allow the Scottish Parliament to determine the timeline of a referendum. https://t.co/9CRWXDht3o

Very encouraging @LordAshcroft poll showing majority support for independence. We need to continue talking to people to convince more people that choosing our own future is the best future for Scotland.