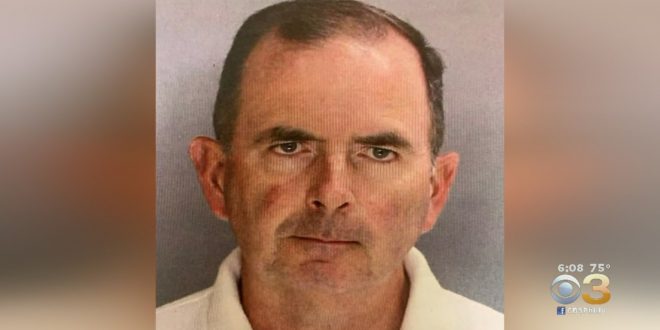 A Chester County priest who took the place of a disgraced Archdiocese official is now in trouble with the law as well after being accused of stealing tens of thousands of dollars from his own church.

Father Joseph McLoone, 56, of Downingtown, Pennsylvania, was arrested Wednesday and charged with felony theft and other related offenses after allegedly stealing $98,405.50 from St. Joseph’s Catholic Church in Downingtown.

McLoone took over as pastor of St. Joseph’s in 2011 following the removal of Monsignor William Lynn. Lynn was accused of concealing child sex abuse from other priests while he worked as secretary for clergy for the Archdiocese of Philadelphia.

McLoone allegedly withdrew roughly $46,000 in cash from the undisclosed account in Ocean City, New Jersey, where he owns a beach house.

He also admitted to using some of the funds to pay for his “personal relationships” with other men, including $1,200 McLoone deposited into the commissary account of an inmate in a New York correctional facility, according to a criminal complaint. McLoone told investigators that Miller lived in New York City and that he met the inmate via Grindr for a sexual relationship, the complaint shows.

McLoone separately made 17 payments totaling $1,720 to men he met on Grindr via the Square online payment app and doubled the fee he collected as a stipend for each Mass, wedding and funeral held at St. Joseph’s Parish, prosecutors claim. He’s also accused of using $3,000 of the stolen funds to pay off personal credit cards.