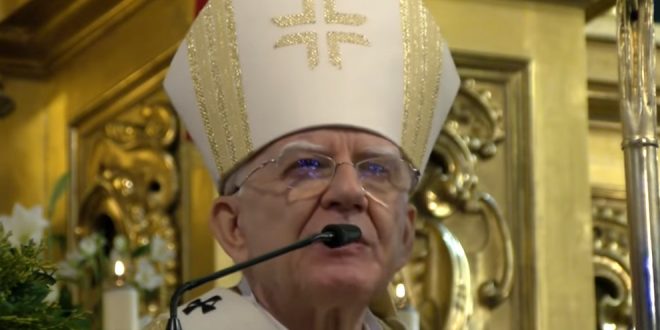 Poland’s Catholic Church has doubled down on the anti-gay rhetoric that has become the nationalist ruling party’s dominant theme in recent weeks, drawing a rebuke from liberal politicians who compared an archbishop’s remarks to incitement to genocide.

In a sermon given to mark the 75th anniversary of the Warsaw uprising by Polish resistance fighters against Nazi occupation, the archbishop of Krakow, Marek Jedraszewski, described Poland as under siege from a “rainbow plague” of gay rights campaigners he compared to Poland’s former Communist rulers.

“Our land is no longer affected by the red plague, which does not mean that there is no new one that wants to control our souls, hearts and minds,” he told a mass in the medieval St. Mary’s Basilica, one of the most important churches for Poles.

Previous Conway Disses Haley For Dissing Trump’s Mocking
Next Trump After Intel Pick Disaster: I Have A Great Vetting Process, The Media Does It For Me And We Save Money