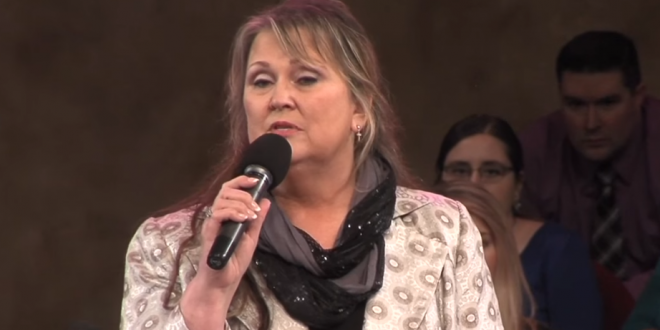 A representative from southwest Ohio posted to her Facebook that the blame for the Dayton shootings should be placed on gay marriage, recreational marijuana and former President Barack Obama among other things. Rep. Candice Keller (R-Middletown) began her post by saying “liberals start the blame game” after every mass shooting and “why not place the blame where it belongs?”

“The breakdown of the traditional American family(thank you, transgender, homosexual marriage, and drag queen advocates); fatherlessness, a subject no one discusses or believes is relevant; the ignoring of violent video games; the relaxing of laws against criminals(open borders); the acceptance of recreational marijuana; failed school policies(hello, parents who defend misbehaving students): disrespect to law enforcement(thank you, Obama).”

When reached by phone Sunday, Keller said she posted something to her private, personal Facebook page. When a reporter read the entire statement to her, Keller said it sounded like part of her posting but she couldn’t be sure if it had been altered.

In March 2018, Keller made national news with her remarks about teens who survived the Parkland shooting to become advocates for gun control. At a gun rights rally, Keller said a 15-year-old shooting survivor who spoke about gun control on national television “would just as soon be eating Doritos and playing video games.”

During her 8-minute speech on the Statehouse steps, Keller said she believed the government was infringing on the gun rights of people and promoted the “stand your ground” bill she had recently introduced. In 2017, Keller took to Facebook to criticize efforts to remove Confederate monuments.

Keller was elected in 2016 after running what she calls “one of Ohio’s largest pro-life organizations.” 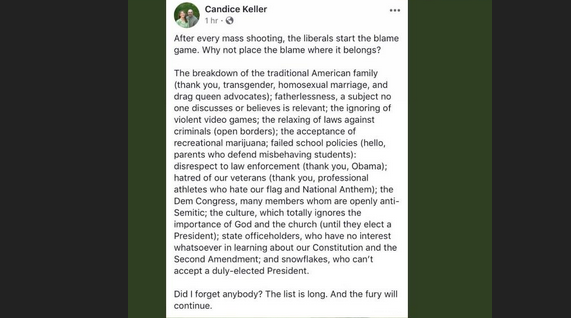