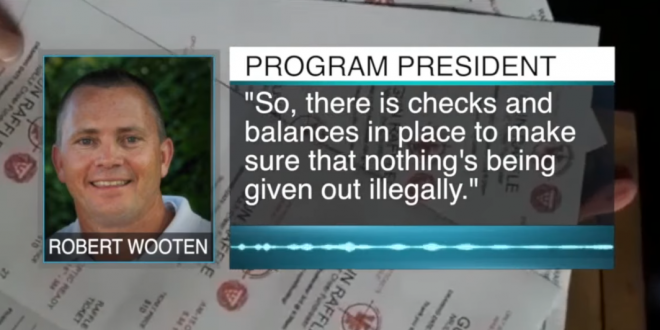 Now she’s fired up about a fundraiser her daughter was asked to be a part of. The members of the football and cheer team have been asked to to sell raffle tickets for an AM-15 optic ready rifle.

Chilton said in July she received an email saying that all the members of the cheer team would be required to sell five AM-15 raffle tickets and five gift basket raffle tickets for $10 each to help raise money for the football and cheer programs.

The New Richmond Junior Lions Football and Cheer program is an independent, nonprofit organization for cheerleaders and football players ages 5 to 12. About 150 students participate in the program, according to the league’s president, Robert Wooten.

The outrage over the fundraiser comes just weeks after a mass shooting left nine people dead in Dayton, Ohio, just over an hour away from New Richmond.

“This was bad timing,” Wooten said. “I also think there is a greater issue people are missing. Just in our hometown alone, we got so many other issues that are the root problem. The gun violence we see is a symptom of a larger problem. I wish we would focus on the greater root.”