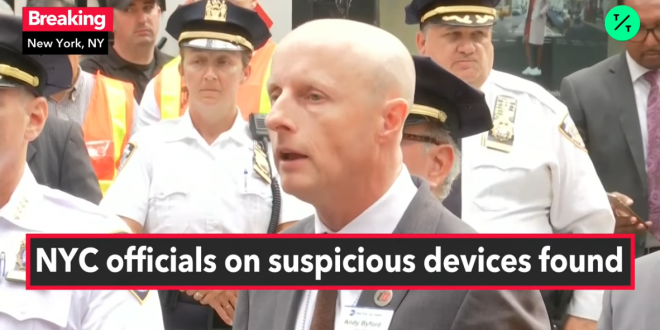 Three abandoned devices that looked like pressure cookers prompted an evacuation of a major New York City subway station and closed off an intersection in another part of town Friday morning before police determined the objects were not explosives.

Police were looking to talk to a man seen on surveillance video taking two of the rice cookers out of a shopping cart and placing them in the subway station in lower Manhattan. But police emphasized that so far, it wasn’t clear whether he was trying to frighten people or merely throwing the objects away.

About two hours later, a third rice cooker — the same make, year and model — was also found about 2 miles away (3 kilometers) on a sidewalk in the Chelsea neighborhood, prompting another police investigation.