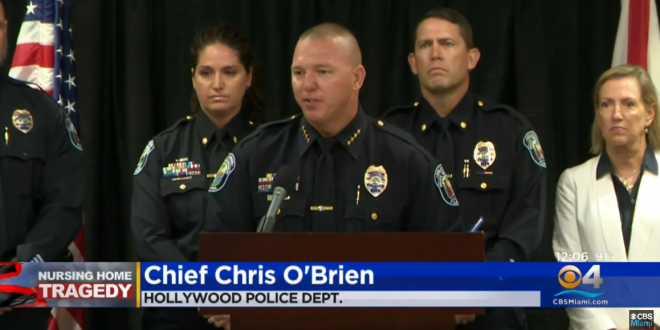 Calling it “a terrible tragedy that should have never happened,” the police chief of Hollywood, Florida, announced on Tuesday the arrests of four staff members of a nursing rehabilitation center whose alleged inaction caused the deaths of 12 elderly patients who perished from heatstroke when they were left lingering for hours in the sweltering facility that lost power during Hurricane Irma in 2017.