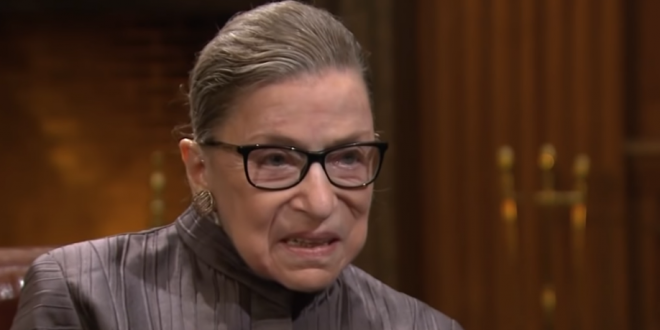 The radiation therapy, conducted on an outpatient basis, began Aug. 5, shortly after a localized cancerous tumor was discovered on Ginsburg’s pancreas. The treatment included the insertion of a stent in Ginsburg’s bile duct, according to a statement issued by the court.

Doctors at Sloan Kettering said further tests showed no evidence of disease elsewhere in the body. The treatment comes just months after Ginsburg was operated on for lung cancer last December. The 86-year-old justice has battled cancer in various forms over the last 20 years.

JUST IN: Supreme Court Justice Ruth Bader Ginsburg underwent 3 weeks of radiation treatment this summer after the discovery a cancerous tumor on her pancreas. Full statement below (h/t @JanCBS) pic.twitter.com/t7kDQghHVZ