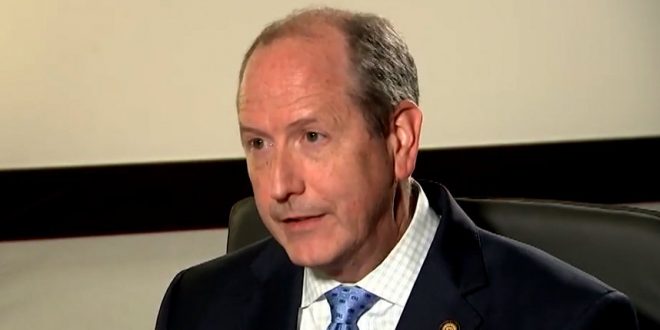 NORTH CAROLINA: Trump To Rally For “Bathroom Bill” US House Candidate On Night Before Special Election

President Donald Trump will hold a rally in Fayetteville on Sept. 9, the night before a special congressional election in the 9th District.

The Trump campaign announced the rally Tuesday, fulfilling a promise he made in a tweet last week to return to the state to campaign for Republican Dan Bishop. Trump will rally at the Fayetteville Regional Airport at 7 p.m.

Bishop faces Democrat Dan McCready and two third-party candidates in the special election. The election was called after allegations of election fraud caused state officials to nullify the election last fall. The seat has been vacant since January.

On Sept 10, voters have a choice between a proven tax cutter & fighter for small biz versus @McCreadyForNC who wants to raise taxes & implement big gov’t policies that will put a wet blanket on the economy. We can’t afford to go back. #ncpol #nc09 pic.twitter.com/PfgRJTatoi

If your biggest worry is who is peeing next to you in a public bathroom Dan Bishop is your guy. NO Bishop for #NC09

#NC09 has a special election on September 10th!

The GOP committed election fraud in 2018. Now they support Dan Bishop, author of the NC bathroom bill who invested in a white supremacist website after Charlottesville

Looking forward to soon being in North Carolina to hold a big rally for wonderful Dan Bishop, who is running for Congress. His opponent wants Open Borders, Sanctuary Cities, and Socialism. He likes the “Squad” more than North Carolina. Dan has my Full and Complete Endorsement!