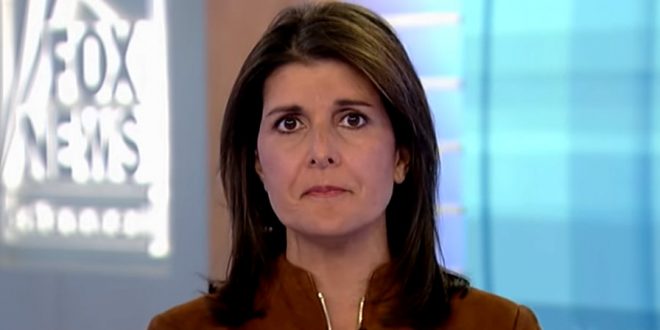 Former U.S. Ambassador to the United Nations Nikki Haley offered a virtual eye roll and an admonishment to President Donald Trump on Friday after he appeared to taunt Rep. Elijah Cummings over a break-in at his home on Saturday.

“This is so unnecessary,” Haley wrote on Twitter in response to Trump, adding an eye roll emoji to her message.

Trump tweeted the initial message on Friday after reports that police are investigating a burglary at Cummings’ home in West Baltimore.Trump has been blasting Cummings and his hometown for days, describing the city as a “rat and rodent infested mess.”

This is so unnecessary. 🙄