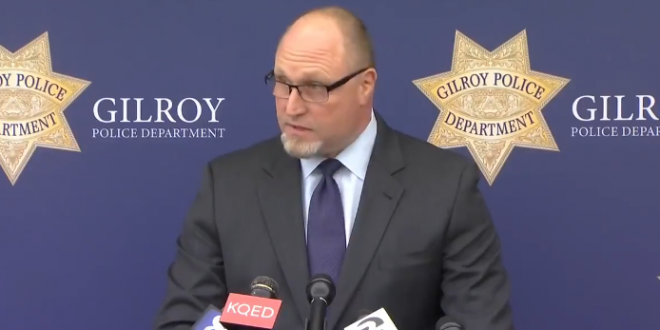 Federal authorities have launched a domestic terrorism investigation into the Gilroy Garlic Festival shooting that left three dead after officials discovered the gunman had a list of other potential targets, authorities said at a news conference Tuesday.

John F. Bennett, FBI special agent in charge, said the target list included religious institutions, courthouses and political institutions involving both the Republican and Democratic parties. He declined to provide specifics on the targets but said law enforcement officials were reaching out to notify them.

Santino William Legan, 19, opened fire on the evening of July 28, killing three people and wounding 13 more. Shortly after the shooting, police said the rampage was cut short when three Gilroy police officers engaged and killed him in less than a minute. But the county medical examiner concluded Friday that Legan killed himself, contradicting that earlier police account.

The FBI has opened a domestic terrorism investigation into the Gilroy garlic festival shooting after an examination of the shooter’s digital devices uncovered a list of political, religious and judicial targets across the country. https://t.co/8ryfvL6Ckf

BREAKING: FBI says it has opened a “full domestic terrorism investigation” into the Gilroy mass shooting; adds that the gunman “was exploring violent ideologies” but that authorities have not yet concluded a motive for the shooting. pic.twitter.com/KEvF55xUZJ

Previous Gohmert: Don’t Charge Terrorists With Hate Crimes Because One Day They’ll Use That Against Preachers
Next Trump Accuses Google Of “Illegally Boosting Negative Stories” About Him After Seeing Claims On Fox News