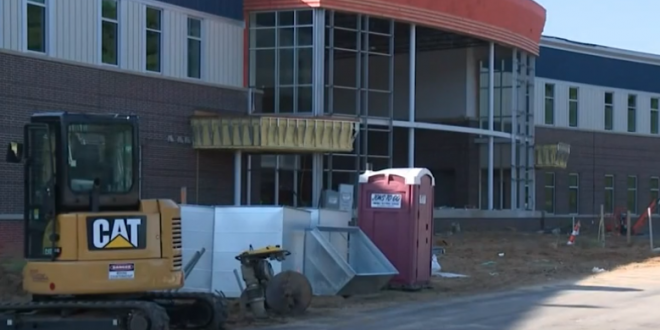 Engineers in World War I dug through the earth to build serpentine trenches borne from horrifically clear logic. If enemy soldiers ever breached it, the zigzagging pattern would prevent them from shooting in a straight line down the length of the trench — leaving only a relative few exposed to gunfire or shrapnel.

That concept has been reinvigorated a century later, in a sense, for a western Michigan high school, to dampen the killing potential of a mass shooter.

A $48 million major construction project at Fruitport High School will add curved hallways to reduce a gunman’s range, jutting barriers to provide cover and egress, and meticulously spaced classrooms that can lock on demand and hide students in the corner, out of a killer’s sight.