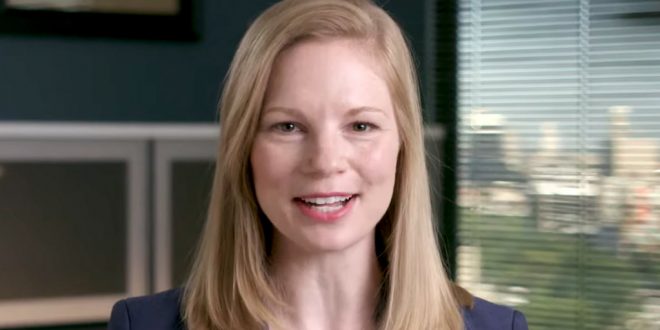 Auditor Nicole Galloway launched her campaign for governor on Monday, casting herself as an independent watchdog who would look out for Missourians’ economic interests and fix a “broken system” if elected in November 2020.

In a two-minute announcement video, the Democrat accused Gov. Mike Parson, a Republican, of doing the bidding of corporations and lobbyists as footage of two men exchanging an envelope plays on screen. Parson’s campaign did not immediately respond to a request for comment.

Republican incumbent Gov. Mike Parson was not elected governor. As lieutenant governor, he was sworn into office in May 2018 after Gov. Eric Greitens (R) resigned amid investigations into sexual misconduct and misuse of voter data files.

Galloway was appointed acting state auditor in 2015, under Democratic Gov. Jay Nixon, after her predecessor died. She was elected to a full term in 2018. In her launch video, Galloway also called out Missouri’s “outrageous” abortion ban, signed into law by Parson in May.

Galloway is the only Democrat currently holding a statewide office in Missouri.

Previous WaPo: Trump Has Now Lied Publicly Over 12,000 Times
Next Restaurant To Pay $40K For Anti-Gay Abuse Of Staffer