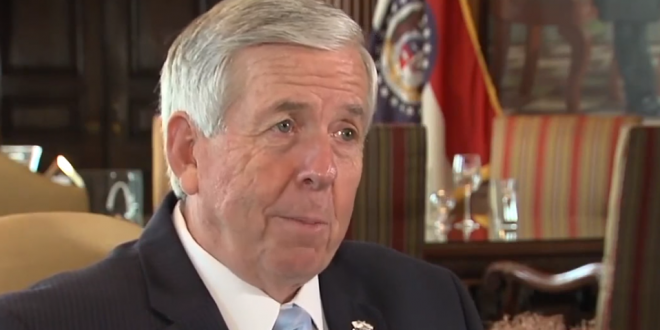 A federal judge on Tuesday blocked a Missouri law banning abortions after eight weeks from going into effect. “The various sections specifying prohibitions on abortions at various weeks prior to viability cannot be allowed to go into effect on August 28, as scheduled,” writes Judge Howard Sachs in an 11-page opinion.

“However formulated, the legislation on its face conflicts with the Supreme Court ruling that neither legislative or judicial limits on abortion can be measured by specified weeks or development of a fetus; instead, ‘viability’ is the sole test for a State’s authority to prohibit abortions where there is no maternal health issue,” Sachs wrote.

The ban was signed into law by GOP Gov. Mike Parson [photo above] back in May.