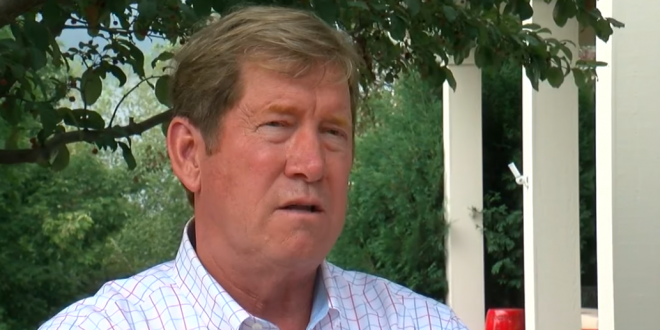 For President Donald Trump, Minnesota is the one that got away in 2016. Now he’s fixated on flipping the state in 2020 — with the help of a provocative ex-radio host whose rantings earned him the nickname “mini-Trump.” Former GOP Rep. Jason Lewis is expected to launch his Minnesota Senate bid on Thursday with guidance from two of Trump’s top political lieutenants.

After losing Minnesota by just 1.5 percentage points, the president has told aides repeatedly in recent weeks that he’s determined to win the Democratic stronghold, which hasn’t gone for a Republican presidential candidate since 1972.

As a radio talk show host from 2009 to 2014, Lewis complained that women can no longer be called “sluts” and described people on governmental assistance as “parasites,” among other incendiary remarks. Lewis has said it was his job as a radio host to be provocative. He lost reelection to his suburban Twin Cities seat in 2018 after a single term.

He last appeared on JMG in November when he blamed John McCain for Democrats winning control of the House.

Lewis is viciously anti-LGBT and has compared gays to rapists and speeding drivers.

Fmr Congressman Jason Lewis, who sits in for Rush Limbaugh sometimes, is announcing his US Senate race today to take on @SenTinaSmith #2020Election pic.twitter.com/E5tc7ms1sq