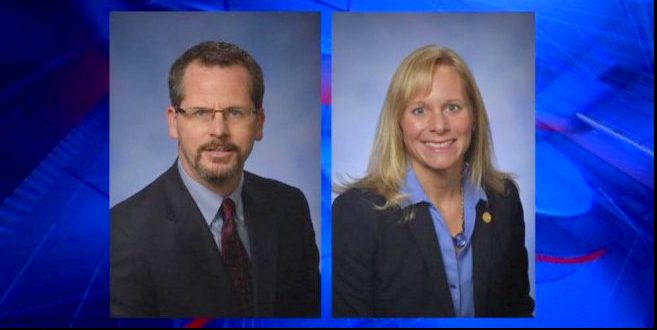 You may recall this story providing days of mirth here on JMG way back in 2015.

A former Michigan lawmaker pleaded no contest Wednesday to a misdemeanor stemming from charges filed over a bizarre plot to hide his extramarital affair with another legislator. Todd Courser, a 47-year-old Republican from Silverwood who resigned from the state House in 2015, could face up to a year in jail when he is sentenced on Sept. 16 in a Lapeer courtroom for willful neglect of duty by a public officer.

An aide for Courser and former Rep. Cindy Gamrat testified during a 2016 probable cause hearing that Courser asked him to send an outlandishly bogus, sexually explicit email to thousands of fellow Republicans as a trick so his extramarital affair with Gamrat – a fellow married, freshman tea party conservative – would not be believed if it was revealed by an anonymous extortionist. The extortionist turned out to be Gamrat’s then-husband, according to a state police probe.

State Rep. Todd Courser planned the distribution of a fictional email alleging he had sex with a male prostitute in a bid to conceal his relationship with Rep. Cindy Gamrat, according to audio recordings obtained by The Detroit News. Courser, a Lapeer Republican, said on one recording the email was designed to create “a complete smear campaign” of exaggerated, false claims about him and Gamrat so a public revelation about the legislators’ relationship would seem “mild by comparison.”

Interviews with former House employees and the recordings show freshman lawmakers Courser and Gamrat, R-Plainwell, used their taxpayer-funded offices to maintain and cover up their relationship. Courser, 43, and Gamrat, 42, rose from the ranks of tea party activism, battled establishment Republicans to win seats in the House last year and formed their own legislative coalition.

Just prior to being exposed for adulterously fucking each other, Courser and Gamrat introduced a trio of bills that would have banned same-sex marriage in Michigan.

From Gamrat’s campaign site at the time: “Our nation was built upon a Judeo-Christian foundation and has been blessed by the hand of Providence. I will stand STRONG for religious freedom against any attacks that may come it’s way.”