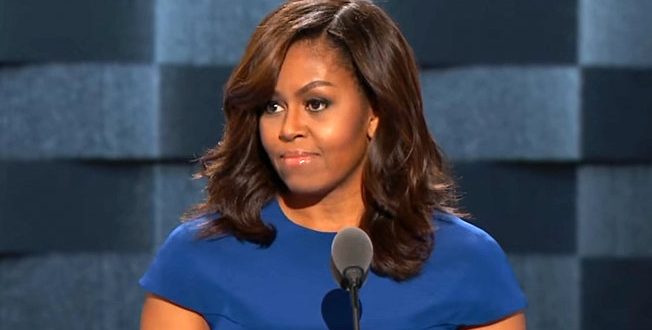 From a profile published by Amtrak’s magazine, The National:

A lot of people want you to run for president. You’ve publicly said that you aren’t interested, but everyone says that until they actually run. Just between us, if you thought the country needed you and you thought you could really help our nation, is there even a one percent chance you’d consider running?

“Just between us, and the readers of this magazine—there’s zero chance. There are so many ways to improve this country and build a better world, and I keep doing plenty of them, from working with young people to helping families lead healthier lives. But sitting behind the desk in the Oval Office will never be one of them. It’s just not for me.”

The issue of her running reentered the headlines yesterday after Michael Moore declared that only Michelle Obama could “crush” Trump at the polls.