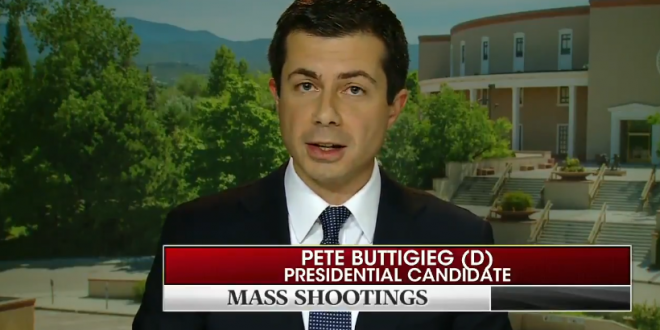 Mayor Pete: There’s No Question White Nationalism Is Condoned At The Highest Levels Of Our Government

Presidential candidate and South Bend, Ind. Mayor Pete Buttigieg (D) said in the wake of a mass shooting that killed 20 people in El Paso, Texas that white nationalism “is condoned at the highest levels.”

“It is very clear that the loss of life… is symptomatic of the effects of white nationalist terrorism,” Buttigieg told host Chris Wallace on “Fox News Sunday.” “There’s no question white nationalism is condoned at the highest levels of our government.”

Buttigieg contrasted President Trump’s and other Republican’s rhetoric with the reception former Ku Klux Klan leader David Duke received when he ran for office as a Republican in the 1990s and was rebuffed by the party establishment.

Chris asks @PeteButtigieg if he thinks President Trump bears some responsibility for these shootings, he says these people feel validated all the way from the top #FNS #FoxNews pic.twitter.com/NKugBTCny5