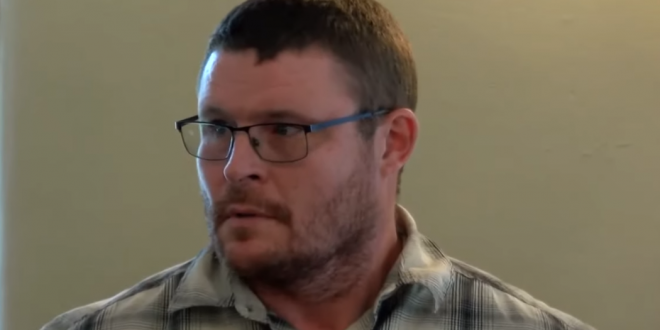 Man Pleads Not Guilty In Anthem Attack On Child, Claims Brain Injury Made Him Think Trump Ordered It

Curt Brockway pleaded not guilty Wednesday in Mineral County District Court to choke-slamming a 13-year-old boy earlier this month at the county fairgrounds. Brockway’s attorney said during the court appearance, which featured heavy security, that he’ll seek a psychiatric evaluation for his client.

Attorney Lance Jasper told the Missoulian that Brockway, a 39-year-old U.S. Army veteran, has a traumatic brain injury from a 2000 vehicle crash, and believed he was acting on President Donald Trump’s orders when he allegedly attacked the boy on Aug. 3, fracturing his skull.

Curt Brockway — charged with assault of a minor for slamming a child to the ground during the national anthem in Superior — has pleaded not guilty. https://t.co/t8dBRFFOdW pic.twitter.com/rsultYul4j

Previous GOP Senate Candidate: The Blame For Mass Shootings Belongs “At The Feet Of Those Who Create The News”
Next NRA Head Wayne LaPierre: Don’t Let Mass Shooters And Elitists Take Our Away Our God-Given Gun Rights