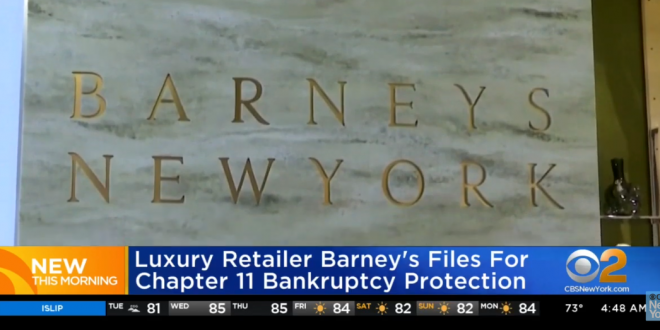 Barneys New York, an icon of New York retail, filed for bankruptcy early Tuesday morning, with a plan to significantly reduce its footprint, as it looks for a buyer to stave off liquidation.

The retailer said it will focus on running only 5 of its more than 10 namesake stores: on New York’s Madison Avenue, in downtown Manhattan, Beverly Hills, San Francisco and Copley Place. It will also keep open its Barneys Warehouse stores in Woodbury Common and Livermore.

It plans to close its stores in Chicago, Las Vegas and Seattle, as well as five smaller concept stores and seven Barneys Warehouse stores.