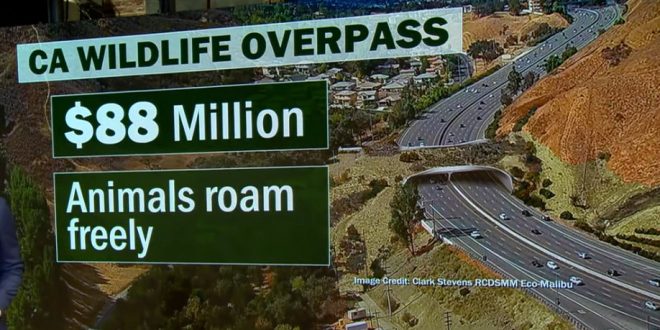 Los Angeles Set To Get Freeway Overpass For Wildlife

Like many urban singles, the mountain lion P-22 lives a solitary life in a too-small habitat. And he has a hard time finding a mate in the big city. Famous for traveling across two freeways and making a huge Los Angeles park his home, the lonesome big cat has become a symbol of the shrinking genetic diversity of wild animals that must remain all but trapped by sprawling development or risk becoming roadkill.

Hoping to fend off the extinction of mountain lions and other species that require room to roam, transportation officials and conservationists will build a mostly privately funded wildlife crossing over a major Southern California highway. It will give big cats, coyotes, deer, lizards, snakes and other creatures a safe route to open space and better access to food and potential mates.