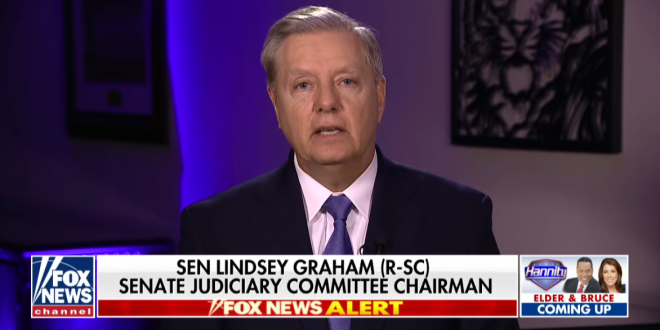 During an appearance on Sean Hannity’s Fox News show, Senate Judiciary Committee Chairman Lindsey Graham (R-SC) claimed he has every intention of calling in former President Barack Obama and grilling him on what he knows about the FBI’s investigation of Donald Trump.

“I can’t imagine an investigation of the Republican nominee for president — a counter intelligence investigation of his campaign — was not approved at the highest level,” Graham claimed. “I cannot imagine it happening without somebody in the White House knowing about it.”