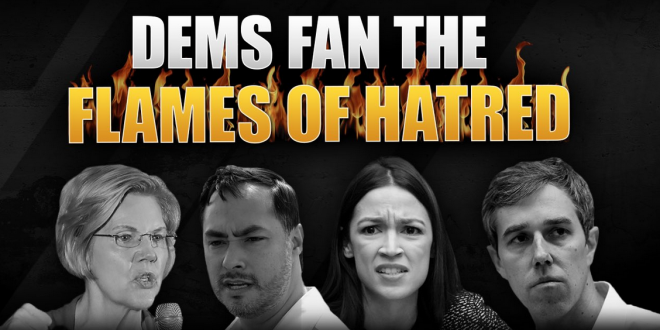 “Forget persuasion. Democrats have decided to demonize and just altogether write off a huge swath of the population as just a bunch of yahoos and racists. This is a campaign of intimidation and I’m telling you it’s going to end up getting more people hurt. Now, let me show you where all this leads. Once mainstream Democrats start branding all Trump supporters as deplorable racists, they all become targets in their own way.

“A despicable group worthy not only of marginalization, but elimination by any means necessary. There is a lot of racist hate out there, and the Democrats’ strategy apparently is to, I don’t know, just feed it? They are throwing kerosene on this fire and the end game is to drive those who disagree with them underground. To silence them with fear tactics, scare tactics and then turn them into targets.” – Laura Ingraham, last night.

The “targeting” of individuals for their political beliefs in the wake of these tragedies will lead to more pain and suffering. Just stop. Tune in for all points of view. #IngrahamAngle ⁦@FoxNews⁩ pic.twitter.com/6dpvt6pSe4