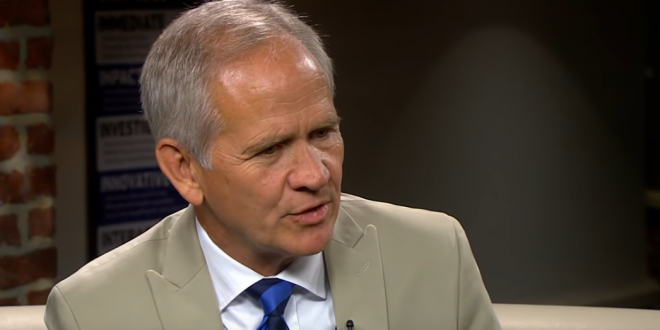 Ed Smart, the father of kidnapping survivor Elizabeth Smart, shared in a Facebook message with family and friends Thursday that he is gay, divorcing his wife and doesn’t see a place for himself in The Church of Jesus Christ of Latter-day Saints.

In “one of the hardest letters I have ever written,” Smart wrote that “I have recently acknowledged to myself and my family that I am gay.”

Smart came into the public eye after his then-14-year-old daughter was abducted from their Federal Heights home in Salt Lake City in 2002. He remained in the spotlight as family spokesman throughout her nine months in captivity, during the trial of her kidnappers and as an advocate for missing children. He said his advocacy work will continue.

He said that he “mostly watched in silence” as LGBTQ people in and out of the Mormon Church faced discrimination, and also said, “not willing to accept the truth about my orientation has at times brought me to the point where I questioned whether life was still worth living.”

He said he was sorry for causing his wife pain over the matter. He maintained that his religion was a huge part of his life, but while his faith remained steadfast, “the Church is not a place where I find solace any longer” as an openly gay man.

Elizabeth Smart last appeared on JMG in March 2018 when she demanded that her name be removed from a Rhode Island anti-porn bill pushed by nutbag anti-LGBT activist Chris Servier.