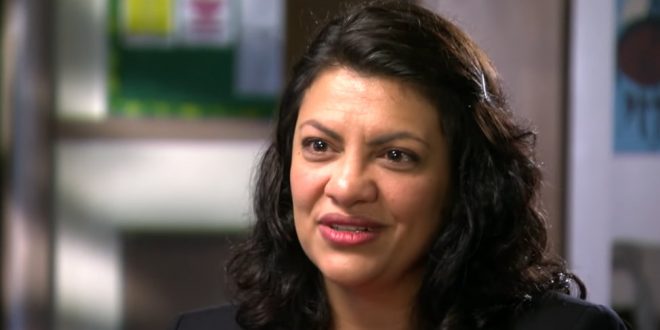 Israel’s interior ministry announced Friday that it would allow Democratic Rep. Rashida Tlaib of Michigan to enter the country as a private citizen to visit her aging grandmother, reversing an earlier decision to bar her amid pressure from President Trump.

The about-face on Tlaib, whose parents are Palestinian immigrants to the U.S. and who has close relatives in the West Bank, came hours after Israel banned her and fellow Muslim Rep. Ilhan Omar, D-Minn., apparently in response pressure from Trump.

On Friday, however, Israel’s interior ministry said Minister Aryeh Deri had decided to allow Tlaib to conduct a “humanitarian visit” to her 90-year-old grandmother.

It would show great weakness if Israel allowed Rep. Omar and Rep.Tlaib to visit. They hate Israel & all Jewish people, & there is nothing that can be said or done to change their minds. Minnesota and Michigan will have a hard time putting them back in office. They are a disgrace!

This is the letter @RashidaTlaib wrote the Interior Minister asking to visit her grandmother. The minister’s office confirms it. Several Palestinian activists told @NPR it was unacceptable for Tlaib to accept Israel’s restrictions and vow not to promote a boycott while visiting. https://t.co/eHUJHxgEuO