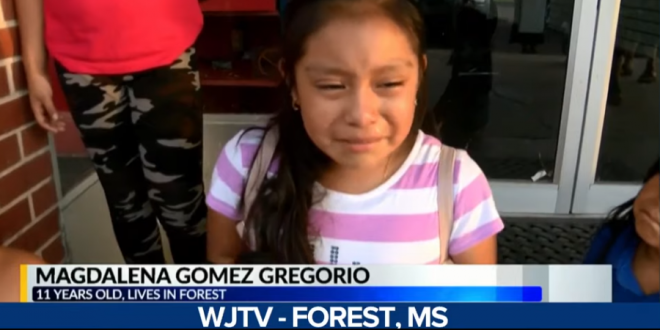 In the wake of the largest-ever immigration raid in a single state, child welfare services were left grappling with children who came home from school to find their parents had been arrested at one of the seven Mississippi food processing plants targeted by U.S. Immigration and Customs Enforcement on Wednesday.

The agency said it took some precautions to ease the burden on families, but as one ICE official said, “We are a law enforcement agency, not a social services agency.” The official said that any advance notice to welfare agencies or schools could have alerted undocumented immigrants to the raid and botched the operation.

Pres. Trump on the widespread ICE raids, that left children without parents in some cases across Mississippi: “I want people to know that if they come into the United States illegally, they’re getting out…and this serves as a very good deterrent.” https://t.co/vGKozCqYCT pic.twitter.com/q6ueC4NQ3P