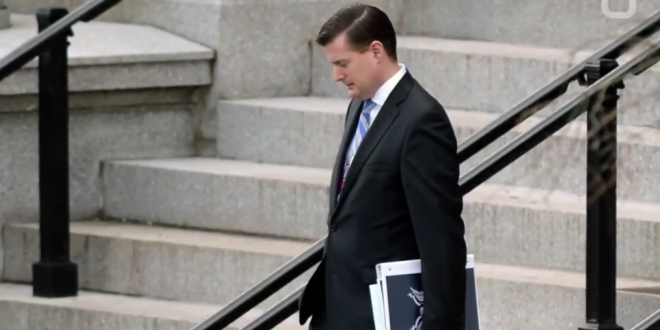 The House Judiciary Committee has subpoenaed the former White House aide Rob Porter to testify about President Trump’s efforts to impede the Russia investigation, its chairman announced, the latest step in the panel’s expansive inquiry into whether to impeach Mr. Trump.

Mr. Porter was a key witness to Mr. Trump’s repeated attempts to thwart the special counsel investigation, including the president’s efforts to get the former White House counsel Donald F. McGahn II to falsely deny a New York Times article that revealed his order to fire the special counsel.

One of the highest-profile witnesses sought by the House, Mr. Porter is referenced many times throughout the Mueller report’s second volume, which focuses on obstruction of justice.

Porter resigned in early 2018 after being accused of domestic violence. Trump then wished him well in his “future endeavors.”